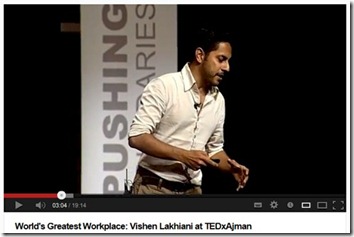 Dynamic Work can take a number different dimensions…time, place, role, contract. But what would you get if you tried to push the envelope on all of these dimensions at once. ‘Dynamic Awesomeness’ according to Vishen Lakhiani of Mindvalley. His TEDxAjman talk “Building the World’s Greatest Workplace” paints a utopian picture not of some pie-in-the-sky thought experiment, but a real, incorporated, profitable, tax-paying business that is pioneering so many dynamic principles at once. And the results are striking.

Truly ‘awesome’ (a well-worn adjective in their descriptions of work life). A highly recommended TED talk, be prepared to either be inspired or envious. 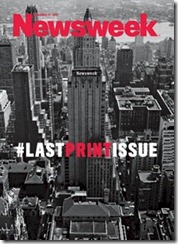 Out with the old and in with the new…

This media icon says goodbye with a coincidentally an image itself portraying another anachronism of the 21st century…the office building. 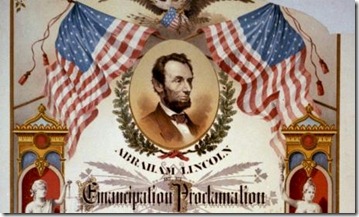 A New Year and a new promise of freedom from the shackles of industrial age working practices. Today the on the 150th anniversary of the Emancipation Proclamation, workers stand to gain whole new freedoms of when, where, what and how they work with the surge of Dynamic Work in the world.

In a similar way to which technology like the cotton gin contributed to the emancipation of the American slaves, digital technology today is emancipating the wage slaves of present day. It all sounds like goodness, but history holds valuable lessons that despite the moral rectitude of emancipation, the transition in the aftermath held repercussions that in some respects are still being felt today. Most notably, a major segment of the population was displaced from one economic activity without clear support for transitioning into a new economic role. This displacement led to poverty, disillusionment, confusion and an on-going cycle of a new form of economic oppression.

Today we celebrate the emancipation of the ‘wage slaves’, but already that very same group rightfully is getting uneasy feelings about the new liberated environment they face. Despite the Faustian pact of giving up so much of your life and control to a corporate existence, people have made peace with that trade-off and justifiably fear that an imposed liberation could leave them worse off. One of the most prominent protests against abolition was that the slaves were ‘better off’ than their subsistence existence in Africa (possibly for some) and ‘better off’ than they would be scraping an existence ‘on their own’ in a foreign land (possibly). Despite the utilitarian arguments for the benefits of slavery, above all it is a moral issue the rectification of which is deemed to trump any cost or inconvenience even to those being emancipated.

Still, sometimes Faustian pacts, giving up freedoms and dignities, are preferred paths for individuals. Whether it is Asian labourers aspiring to work in sweat shops, impoverished women plying sex trade or investment bankers working insane hours and stresses (the parallels between the latter two prominently highlighted in the film ‘Pretty Woman’), many people opt in to these painful professions for the rewards and escape at the other end.

The freedoms that new technologies and work practice innovations proclaim must not be lead to a lost generation of workers thrust into new modes of working for which they are not adequately prepared. Despite the critical mass of the Dynamic Work movement, the progress needs to continue being evolutionary and careful in order to avoid painful displacement and costly disillusionment.