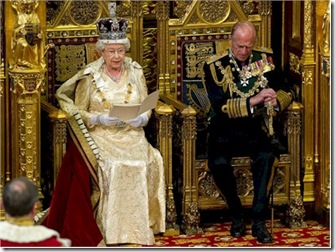 With all of the UK election and coalition mayhem sorted, the UK government can now get down to the business. The official starting pistol is the opening of Parliament quite literally crowned by a “Queen’s Speech” which sets out the new government’s challenges and agenda. The text included the expected subjects of foreign policy priorities, various proposed reforms and attention to the economic issues. But right up in the first ten initiatives stated was…

“My Government will remove barriers to flexible working…”

In my introduction to Dynamic Work, I speak of the surging business mega-trend towards flexibility in the current years…

“Dynamic Work is becoming as much of a business imperative for the new millennium as was embracing the PC in the 80s and embracing the Internet in the 90s.”

An organisation which shares my assessment of this trend is one I have supported for a number of years now, Working Families. They focus their lens on the trends in business around how businesses approach family issues which they distilled into…

Management By Walking Around’ (MBWO) has been meandering through the corridors of management gurudom for at least as long as I have been in the business these past two decades. Supposedly, it was first introduced by HP founders Dave Packard and Bill Hewlett and later popularised by management guru Tom Peters. The notion was that a manager who did not sit in his corner office, but instead came out and mingled with his team got two benefits. First, the staff would be inspired by a more regular, more direct relationship with their leader. Second, the manager would have a more direct, more spontaneous, more immediate understanding of the business and its issues.

In the world of Dynamic Work, the imperative to get out of the expensive, space-inefficient dedicated office is even more acute. But the prescribed alternative…’walking around’…might not be the best approach. Perhaps in an environment with hustle and bustle and toing and froing, the manager could slip stream right into the eddies of activity. But modern knowledge work is a bit more sedentary grounded around the central tool of the PC. The PC anchors the knowledge worker who then pivots to phone, to other tasks and to chatting with colleagues.

When I run Business Value Productivity Services workshops with companies, the spontaneous and serendipitous interaction between team members is often raised as an extremely critical ‘shadow’ business process. In the open plan environments that predominate in many UK companies, the low partition desk units facilitate this casual interchange and collaboration. To take this principle of MBWO into the modern office, however, I propose that one changes from ‘Management By Walking Around’ (MBWO) to ‘Management By Sitting Around’ (MBSA).

Managers can take their PC work (emails, spreadsheets, documents, online resources) anywhere (save a few exceptions for some confidential stuff). And that includes smack down in the middle of their team. I practiced this approach as a senior manager at Microsoft and the dividends were massive. 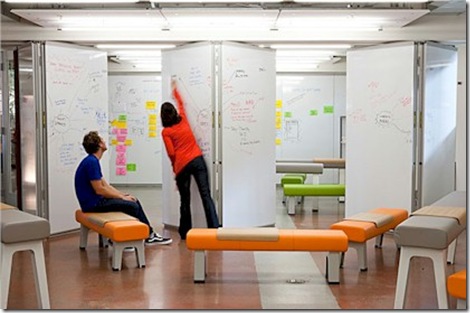 One of the core objectives of Dynamic Work is to reduce expensive office space. This objective is not because ‘offices’ are inherently ‘bad’…just expensive and often ineffectively used. A simple way to reduce both is to simply get rid of the offices. But the fact remains that ‘office space’ is actually a useful business tool for some critical business functions. The most prominent of which is collaboration. People come to the office not to do email, not to work on spreadsheets, not to write copy, not to cut code. People come to the office to work with other people.

The office is a central meeting ground for staff and team members to come together for joint effort. The issue often becomes ‘if collaboration is the main purpose for paying for expensive office space, then why is that space configured so poorly for collaboration.’ Most office space is designed as a desk/employee parking lot with rows upon row of individual (not group) work spaces. The primary ‘collaboration’ resource is florescent-lit cookie-cutter conference rooms with a great big table in the centre creating a great, big separation between everyone in the room.

One of the areas that Dynamic Work focuses on, often in collaboration with its design partner Wheeler Kanik, is how to enhance the utility of the office space you do choose to use. A great piece on the potential a truly effective space can have is illustrated in FastCompany’s recent piece ‘11 Ways You Can Make Your Space as Collaborative as the Stanford d.school” (thanks Tessy). 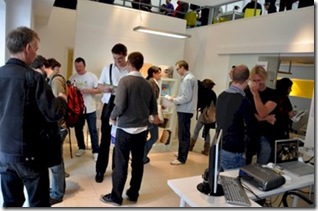 My piece ‘Dynamic Business Centres’ highlighted the surge in availability and diversity of places for people to go and work in and around London. But the innovation and trend doesn’t stop at the M25. Creative workspaces are opening up all around the UK. Creative Boom has recently assembled its own Top Ten list of the very best in the country: “10 of the Best Co-Working Spaces in the UK”.